In this post, we listed female prisons in South Africa. The world is riddled with crime. Some say that it is the price that we must pay for years of inequality and divisions in a society that does not embrace all its constituents. Crime, therefore, is a natural reaction of the part of the society, that has been battered by a lack of opportunity, the necessary things in life.

The facility is a big facility that has a total of  2,631 inmates, in the different parts and categories of the prison (male and female).  567 of the inmates are locked up for a term not less than 10 years. The female prison was recently in the news when it was revealed that the prison is quite a dangerous place to live, with all sorts of dangerous weapons in the possession of the inmates.

The Worcester Female Prison is the female wing of the Worcester Prison located at 95 Durban St, Worcester Central, Worcester, 6849, South Africa. According to IHATA Shelter for Abused Women and Children Female Prisoners Outreach Program, most of the women inmates of the prison (as with other female prisons in South Africa) were victims of domestic violence, as well as have experienced emotional, physical or sexual abuse, especially as children. The management of the prison can be reached via Phone: +27 23 348 7700.

The Pretoria Central Prison (now the Kgosi Mampuru II Management Area) also has a female wing located within the prison complex. The prison is located in the City of Tshwane in central Pretoria, in South Africa.

The prison suffers from overcrowding, disease, and other problems associated with female prisons. The Prison is run by the South African Department of Correctional Services.

The Westville Prison is one of the largest prisons in South Africa, with several wards including a Medium Security, Maximum Security, Female Wing, and so on.  It is the only prison located in the Durban area, and the management can be reached on Phone via +27 31 204 8824. This prison is notoriously violent, and there are reports of sexual exploitation, disease, and mental illness in the female wing of the prison. 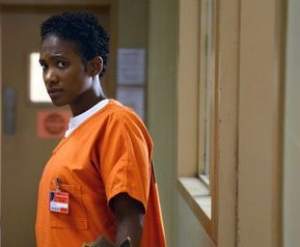 The Pollsmoor Prison, located in Tokai, which is a suburb of Cape Town, in South Africa also has a female wing. This prison is a notoriously overcrowded and violent prison.  The prison is a very strong hub for the activities of gangs, and it seems that all the gangsters the authorities find on the streets are just sent to the Pollsmoor Prison. The Prison was is overcrowded, housing double its intended capacity, and the female section within the complex is riddled with violent conduct, with disease, and with reports of rampant mental illness resulting from the abuse of inmates. The Prison is operated by the South African Department of Correctional Services, and the management can be reached on phone via +27 21 700 1111.

The Drakenstein Prison is located at  Breede River DC, between Paarl and Franschhoek, on the R301 road. This prison is a low-level prison housing common criminals like thieves and robbers, but also has a female wing housing females that are convicted for violent crimes. The management of the prison can be reached on phone via +27 21 864 8000. This prison is notable because Nelson Mandela spent some time incarcerated there.

The Bizzah Makhate Correctional Services in Kroonstad is a female prison in Kroonstad, a district in South Africa.  The prison houses 206 female inmates and is divided into different sections to accommodate women of different age groups, all serving time for criminal acts ranging from theft to violent conduct.

There have been calls to declare the prison a world heritage site because it was used to house female prisoners during the apartheid era. There are several cases of women raising their babies in this prison, making it a hub for women and child rights activist. The prison is run by the South African Department of Correctional Services, and the management can be reached via +27 56 216 4412.

The Tswelopele Correctional Centre, which some people call Kimberly Prison is a female prison located at Cnr Nobengula Street & Schmidtsdrift Road, Kimberley, 8301, South Africa. The prison is run by the Correctional services department in South Africa, and the management can be reached on Phone via  +27 53 836 6202.

The Malmesbury Women’s Prison is the female wing of the Malmesbury Correctional Centre, which is situated in the town of Malmesbury, which is about 65km outside Cape Town in the Swartland District in the Western Cape of South Africa. The prison is run by the Correctional Services Department, and the management can be contacted on phone via +27 22 482 7600.

Conclusion: Link between abuse and crime

Recent research projects conducted by the Wits Justice Project have determined that there are strong links between women’s experience of domestic and sexual abuse including coercive partner relationships and women ending up as criminals. Female prisoners who were brought into focus groups often stated how they committed crimes such as shoplifting, selling drugs, stealing cars and prostitution over prolonged periods of time in order to support a partner’s drug use. This means that society must be proactive in finding a lasting solution to the activities of gangsters and drug dealers as they have a ripple effect on society.

With crime, though comes a need for prisons or correctional facilities are they are alternatively called. Prisons hold prisoners who are found guilty of criminal activities. The mission of a correctional facility is not just to keep inmates in lock-up, but also to hold them accountable for their actions while giving them the time and opportunity to try to better themselves so that when they come out, or when they finish serving their sentence they can become better members of the society, contributing their quota to the betterment of society.